It has been a whirlwind, but the fundraising season for Manos de Amor is almost over.  In the span of 5 ½ weeks, we have held 3 major events: a Cocktail Party, a Hamburger Fest and last weekend was a GIANT event called Rhythm and Ribs where 1500-2000 people sampled food from almost 30 restaurants, drank beer and danced under the stars to the music of a local band.  It has been fun – and exhausting – and I’m pretty sure that all of us on the steering committee are happy that this part of our job is finished.  We have auctioned off almost 150 items, given away 70 raffle prizes, and split a pile of 50/50 money.  We have sipped wine and danced on the beach, flipped burgers and sang Karaoke in the middle of a street and gnawed on ribs in a big empty field.  Most importantly, we have raised a lot of money which is essential to keeping our home running and keeping our children safe and educated. 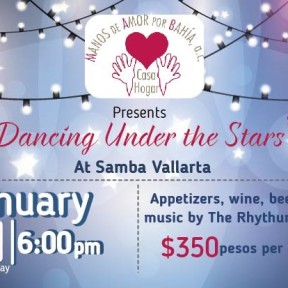 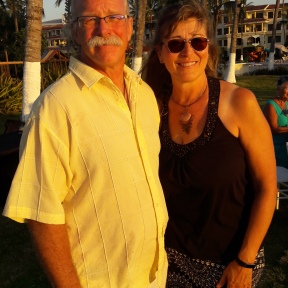 Dancing Under the Stars

After picking the short straw, I had the privilege of chairing this last big event and I am so grateful for the dozens of volunteers who worked hard helping this greenhorn pull this off.   I have led a LOT of events, but this one was certainly unique in so many ways. 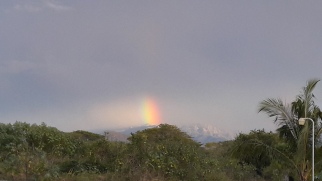 Although we have not seen rain here in Bucerias for months, my biggest fear was the big black clouds that began to spit just as we started.  To my great relief, instead of rain we were given a beautiful rainbow.  I took that as personal encouragement!  At the end of the evening, we were treated to a fireworks display by the nearby hotel.   Pretty awesome start and finish to a great event!

I have been in charge of venue setup for many gymnastics meets, and my friends Lorne and Barry have often teased me (you were teasing right?) about how I bossed them around during equipment setup.  (I want the vault runway there…. No there….. no 2 inches to the right…. I mean 3 inches to the left….).  Well I have to say I get much better service here (now I’m teasing).  I mentioned that we really needed to get someone to move a car that was parked in a bad spot, and instantly I had 8 Mexican men literally pick up the car and move it out of the way.  I picked up a table to move it and a nice Mexican man told me ladies don’t have to lift tables. 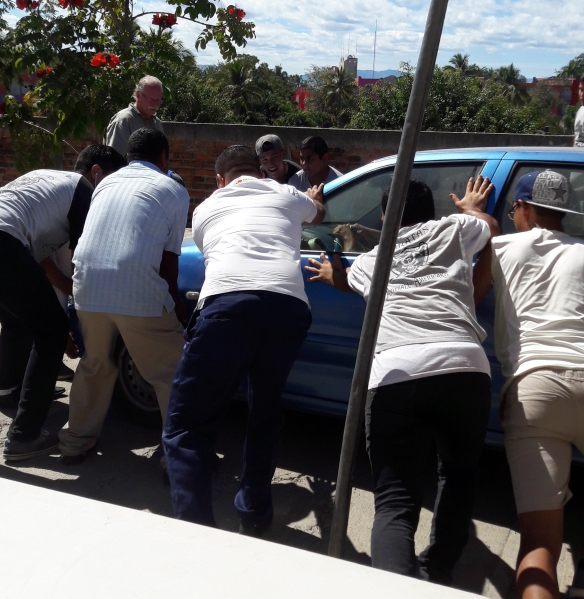 She said she wants the car moved….. 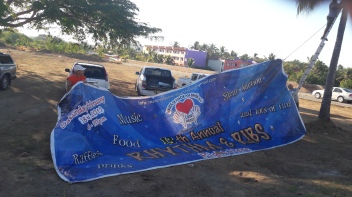 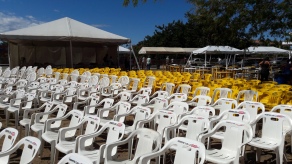 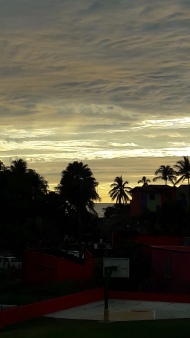 So my inauguration into Bucerias fundraising is over.  I met many very cool people, counted a LOT of pesos, sampled ribs and tamales and ceviche, and shook hands with Mexican politicians.  I translated spreadsheets with income and expenses (I can truly say I have never had a line item for ‘Bano revenue’ before), cooked 120 pulled pork sandwiches and walked a LOT of steps.  I can’t say it is my favorite part of charity work – I’d rather just play with kids-  but I do know that raising funds is super important and I am grateful for the many snowbirds and other tourists who supported our children.  GRACIAS!